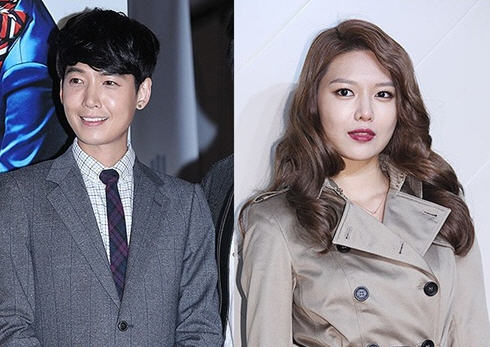 According to the statement stated by both Sooyoung and Jung’s agency on Jan 3, Girl’s Generation’s Sooyoung and Jung Kyung Ho are dating each other and finally their relationship status is confirmed. With three dating rumors in Feb and December, this time the couple has finally broke their silence.
Sooyoung who has entered in the industry in 2007 through SNSD and appeared in the movie Hello Schoolgirl is now hosting SBS’ One Night of TV Entertainment co-working with Yoon Do Hyun.
Besides these projects, she was seen in tvN’S The 3rd Hospital and Dating Agency Cyrano that proved her to be acting sensation.

Jung Kyung Ho entered in the industry in 2004 with I’m Sorry, I Love You and then appeared in MBC’s Time Before Dog and Wolf and SBS’ Smile You. He is now leading in ‘Fasten Your Seatbelt’ where he is playing the role of hallyu that suffers from multiple phobias.