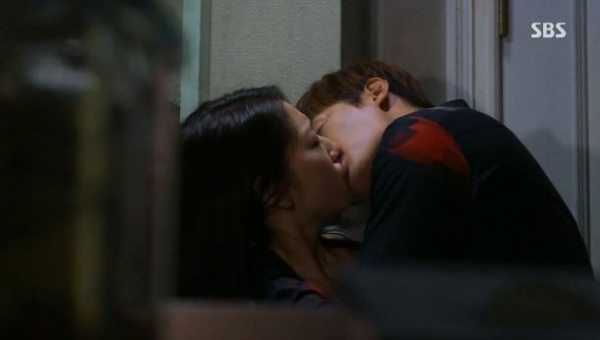 “The Heirs” fans are really hoping that Kim Tan (Lee Min Ho) and Cha Eun Sang (Park Shin Hye) would be real life romantic couple. Well, let’s hope that this kiss will be a spark to light up the fire.

Park admitted that she was really caught in surprise when the director Kang Shin Hyo insisted Lee Min Ho to actually kiss her. She said that during the kissing scene, she hesitatedly grabbed Lee Min Ho’s shirt, a surprising gesture on her part that actually made their scene more effective. The truth, dear viewers, is that it actually fits Lee Min Ho’s aggressive character for the story.

Was Lee Min Ho surprised too? Yes, because he did not know it himself. However, as a professional actor himself, Lee knows the importance of the scene and this makes the actual kiss feels right.

“The kiss scene is a total emotion of the events in the story and there is no point of faking it,” said Lee Min Ho. “Although it would be better if anyone has told Park Shin Hye about the scene before doing it, because that is how they usually do it. But Park Shin Hye is a total professional and I know she was able to carry it out, even she’s a little bit caught- off-guard.”

“Even she’s younger than I am, I have to admit that she’s more experienced in acting,” he said. “When acting, I just follow my feelings because I am not so good at talking about how to act and or offer actresses support. I am just so lucky I work with Park Shin Hye who is such a good actress herself. Park Shin Hye, 23, is the youngest actress Lee Min Ho has worked with.