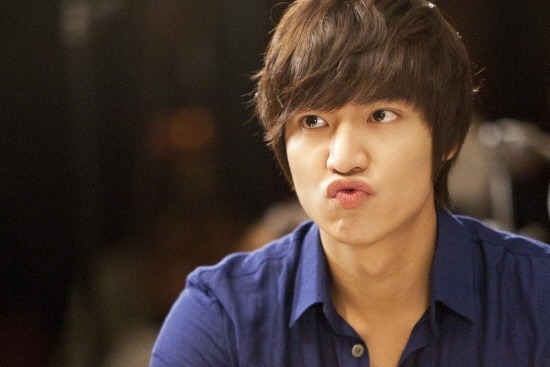 Spring Festival Gala in China has always been a show for international and local artists. This year, the Gala kicked off with the performance of South Korean actor Lee Min-Ho who greeted the audience happy new year himself. Lee is one of the most popular South Korean stars with largest fan base in China.

Promoting his latest TV show “The Heirs”, Lee sang to the audience, proving once more that he is indeed every girl’s dream man. Director Feng Xiaogang invited Lee to this year’s Spring Festival Gala, an annual event the actor said he has been hearing about. Lee said he was surprised to be a part of this event, and of course, to see how the audience of all ages loves him in China.

According to the Korean actor, “The Spring Festival Gala is a very huge event and I am very much excited to be a part of it.” He also said he is very thankful for his Chinese fans who have been supporting him all the way through his career.

During the festival, Lee Min Ho sang the theme song of “Boys Over Flowers” with its original singer Harlem Yu. “I learned a lot of things working with Harlem Yu. It’s really amazing when you hear the composer who originally sang the song. This time I’ll be performing a combination of Korean and Chinese,” said Lee Min-ho.

Lee starred in the South Korean version of the hit TV show in 2009 and became a phenomenal lead actor throughout Asia since then. In his latest TV show “The Heirs”, he plays the role of a son of a business tycoon who fell in love with an ordinary girl. Famous for his natural charm, Lee won several awards including the male high excellence award at the “2013 SBS Drama Awards”.

Lee also shares how he usually spends the lunar New Year back home. He finally greeted his fans a Happy New Year himself during his performance.

Aside from “The Heirs”, Lee also starred in “Boys Over Flowers”, “City Hunter” which gained popularity not only in South Korea but all over the world.