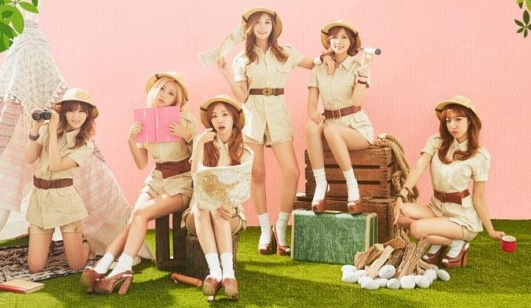 A-Pink concert tickets are being sold fast. A Cube Entertainment, the management of this K-Pop all-girl band A-Pink, must be tickled pink for in less than half an hour, 9,000 concert tickets had been bought. These thousands of tickets sold in 20 minutes is for the two-day A Pink solo concert, “Pink Island”, that is to be held in the Jasmil Indoor Gymnasium of the Seoul Sports complex on August 22 and 23. The Pink Island concert venue is much larger than that of their last sold-out concert, “Pink Paradise” which was held at the Olympic Hall in Seoul’s Olympic Park. For that Pink Paradise concert, there were over 7,000 tickets in two minutes.

A couple of A Pink hits songs are “NoNoNo” and “Luv”. With over 20 music awards, the A Pink girl band with their sweet, innocent looks, has the bubblegum pop appeal which captures the audience which apparently transforms into amazing ticket-selling power. There are still available Pink Island tickets yet fans might have to hurry to buy those as at the fast speed that the tickets are selling, the concert might be sold out soon.