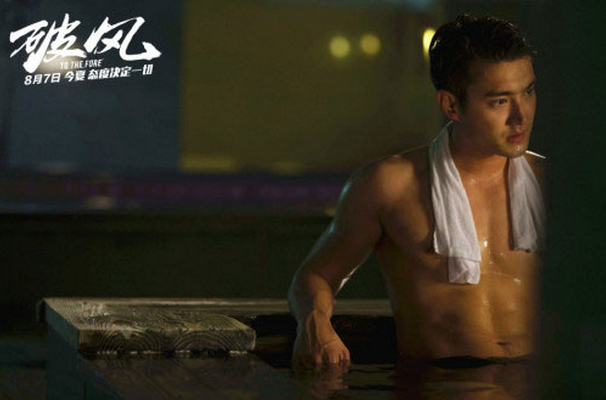 Actor and Super Junior band member Choi Siwon shows off his perfect body in the stills of his upcoming movie. In these newly released stills, the hot young Choi Siwon is glistening from the heat of the sauna that he is relaxing in. With a pristine white towel draped around his neck, though it’s partially covering his nipples in a few stills, his streamlined muscles and the 6-pack abs are revealed, though note that there is nothing shown below the waist. The handsome Choi Siwon in these poster-like stills with his hair slightly wet and tousled, has eyes that appear intensely meditative. Fans will adore the way he looks as these stills show a new and very appealing concept.

This new Hong Kong film, “To The Fore”, from which these stills have been obtained, will be shown in many Chinese movie theaters on August 7. Directed by Dante Lam, the cast includes Shawn Dou, Ouyang Nana, Andrew Lin, Charles Chan, and Eddie Peng. The movie is about the bond of professional cyclist and how their pursue their ambitious goal. Choi Siwon part in this upcoming movie plays the part of a Korean cyclist.