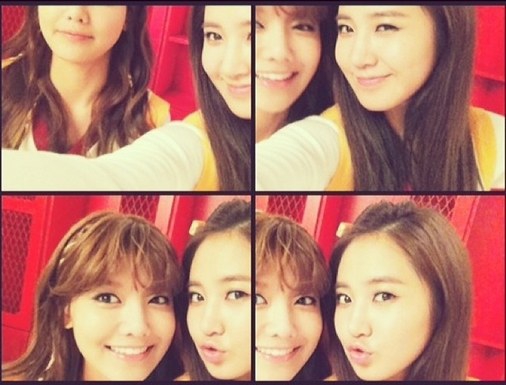 Surely Girls’ Generation’s fans are really happy with the member’s cure pictures uploaded by Yuri on her Instagram account. The pictures are captured by: “Happy Birthday to my friend 91. I am very happy having you in my life and would probably be for rest of my life.”
The photographs were taken in Sooyoung’s birthday party where the celebrant looked really happy in her aegyo facial expressions.

By the way, there is more to expect from the Girls’ Generation. They will be releasing their teaser comeback “Mr.Mr” on February 19, to be followed by their latest album on February 24. Taeyeon had a special greeting for her fans in the album “SM The Ballad”. She has a solo track, “Set Me Free” and a duet with SHINee’s Jonghyun “Breath.”