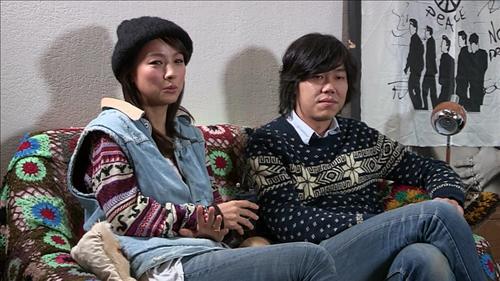 Singer Lee Hyori and her husband Lee Sang Soon, very recently appeared together on TV for the first time ever since their beautiful wedding in Jeju Island.

On December 6th, fans of the couple would see them on the EBS documentary ‘Our Only Earth – Instant Wedding’. The couple appeared in the preview that was telecasted on 2nd December and gave a greeting message for the audience.

Both of them wanted to spend the wedding with the closest people and wanted to spend in a relaxed way where time is not a big factor. The program expected to be telecasted for 2 days will have the beautiful couple who will tell the exact reason for their desire to have planned such a small wedding.
The program is also expected to show other couples who got married in 2013 and who would tell the stories behind their own weddings.