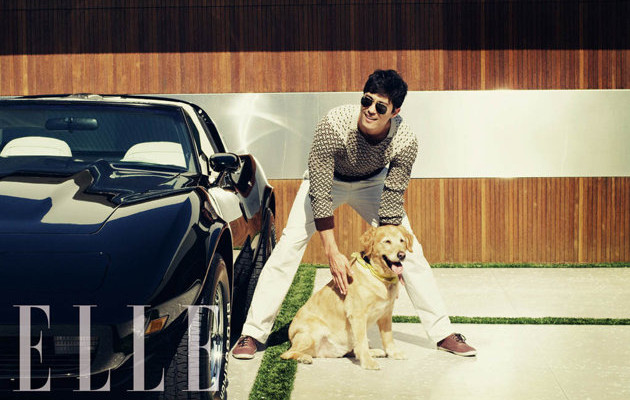 Among many of the renowned actors, including Daniel Henney has recently posed themselves in Elle Magazine’s ‘Share Happiness’ campaign.

Daniel Henney has posed himself as hugging his dog ‘Mango’ with whom he has shared the joys and sorrows of life during the past decade. The actor is also expected to appear in a leading role in his first Hollywood film, ‘Shanghai Calling’, which would be released on 24th December.