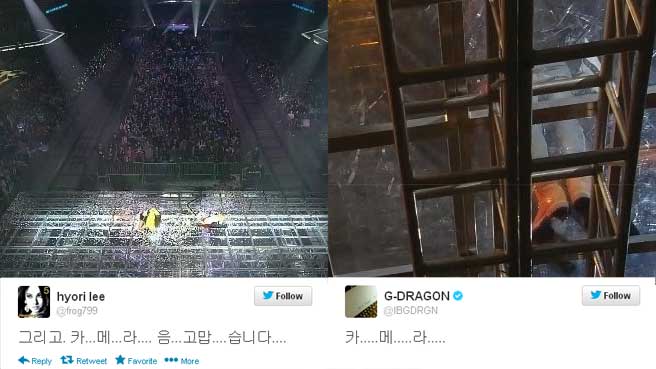 What will happen if the crowd is becoming too wild for the awards show and camera failed to capture the beautiful moments? Definitely, there would be bunches of complaints about the camera. On December 29, SBS Gayo Awards show which took place at Kintex located in Ilsan was truly majestic with 2NE1’s CL rocking the stage but the camera seemed to have been taking wrong angles. Lee Hyori and Big Bang’s G-Dragon protested strongly to their Twitter account about the poor camera and stated the camera was ridiculously showing their feet instead of their faces.

The poor camera’s bad recital series continued with other performers and making the viewers blown up and annoyance.