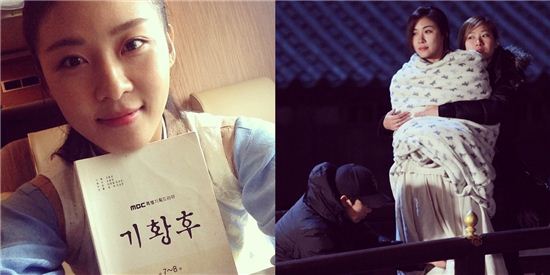 Jeon Hae-rim, or better known as Ha Ji Won has reportedly been working hard in preparation for her debut in Hollywood despite her busy schedule taping episodes for MBC’s Empress Ki. An inside source revealed to enews on November 21 that Ha Ji Won has been studying nonstop to improve her English, and to learn more about the American culture.

The hit tv show, where she plays the role of the Qi Empress herself, has recently received viewer ratings of 16.9%! But travelling between China and Korea to film the historical drama, and getting herself ready for Hollywood is taking its toll as she is getting only 3-4 hours of sleep each day.

But it seems that all her efforts are bearing fruit already, starting with the Hollywood agency who signed her up. A rep said that they are very happy to have found the perfect actress for their project.