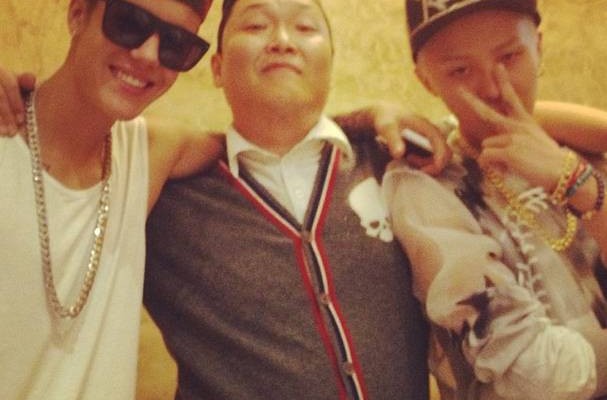 During a press conference in Hong Kong, one of the reporters commented that during Justin Bieber’s stay in Korea, G-Dragon performed a duet with the pop icon. They were even seen hanging out afterward. Because of the time they spent together, people can’t help but wonder if G-Dragon had any thoughts of holding a concert in the US or making his debut there with the help of Justin Bieber.

G-Dragon addressed this by saying that he always has plans. But rather than focusing on big projects, he prefers to do small events or performances that will unite artists in gigs that they’ll all enjoy. It will provide a more comfortable atmosphere to be able to write great songs. However, he did confirm that Justin Bieber has already completed recording his part of the song and that it’s his turn now.

That’s one thing to look forward to next year!!!