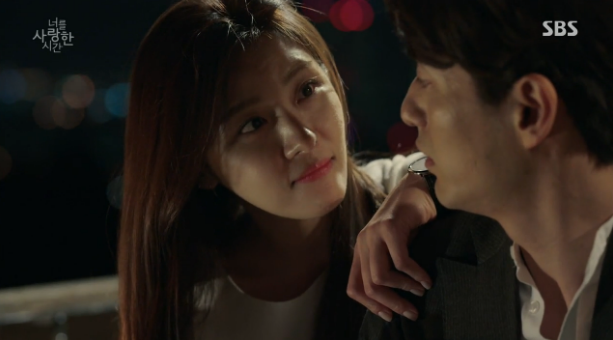 SBS’ The Time We Were Not in Love has garnered positive reviews for its premiere episode on June 27.

The series revolves around high school friends for whom finding suitable marriage partners has become a pivotal issue. It’s based on the 2011 Taiwanese drama ‘In Time with You.’
The first episode has received 6.7 percent of nationwide viewership, more than the finale of ‘Divorce Lawyer in Love.’

Ha Ji Won is playing the role of Oh Ha Na who is ditched by her boyfriend for a co-worker. Shoes are used as a metaphor for her aging and marital status, especially when younger employees’ shoes are selected over hers.

Lee Jin Wook is playing the role of Choi Won, Ha Na’s close friend. He rejected her when they were in high school, but as they grew up, he became protective of her. After attending her ex-boyfriend’s marriage, they bet that one of them will get married before they turn 35. The series is heavily influenced from its Taiwanese counterpart, but Ha Na’s role is less exaggerated.

The second episode will have INFINITE’s L as Sung Jae, an intern at the home shopping network. This Noona, aka the older woman-younger man relationship is targeting the female viewers over 30.

‘The Time We Were Not in Love’ is telecasted every Saturday and Sunday at 10 PM KST.

Ha Ji Won , In Time with You , Infinite , Lee Jin Wook , The Time We Were Not in Love