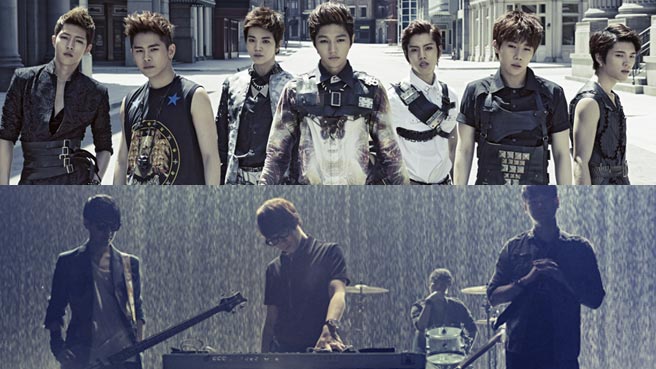 At a music show, rock band Nell announced that they will be releasing their 6th album “Newton’s Apple.” Aside from this announcement, they also revealed that another rock band Infinite will be in the same company, Woolim Entertainment. Nell members further said that they are happy to be in one company with the Infinte and people should stop making rumors about them not being comfortable with the group.

Although way back in 2008 Nell’s vocalist, Kim Jong Wan, said he was worried then that things might not work out well but Woolim is very good in taking care of their artists and it made everyone comfortable inside one roof. They are also looking forward for the company that is getting bigger with the best artists and staff members working together.

Nell complemented Infinite and said that its debut album has brought a better musical characteristic to the company’s reputation. Kim Jong Wan added, “Woolim Entertainment and its staff members have really good tastes when it comes to rock music and rock artists. This is a home for us where it’s always the best place to create music, for us and for Infinite, and for any other band who want to be with the company.”

Nell is scheduled to launch their 6th successful album “Newton’s Apple,” the last of their Gravity installment since 2012 (Holding onto Gravity – 2012 and “Escaping Gravity – 2013).” The album will be out in the music market on February 27. This will be their last installment for their Gravity series. They launched The album features 11 songs in 2 CDs, and singles from previous releases.