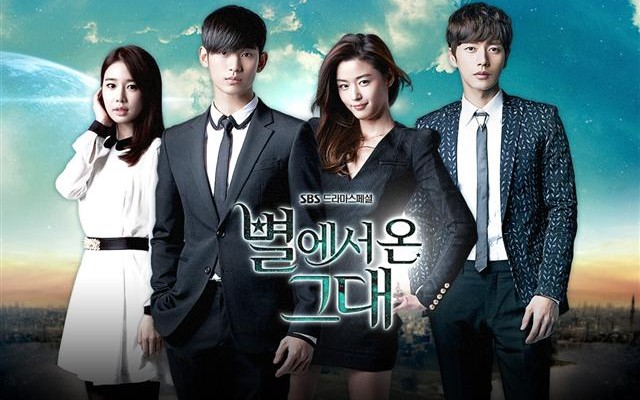 In the latest poll of favorite TV shows, ‘You Who Came From the Stars’ tops the line as Korean’s most watched TV show! Congratulations to the team, staff and casts of the show!
Korea Gallup monthly poll titled, “TV programs that Koreans love,” revealed that out of 1218 people of ages 19 and above, 11.5% of viewership voted SBS’ ‘You Who Came From the Stars’ as their most watched show, making it number 1! It broke MBC’s ‘Infinity Challenge’ with 10.3% from its 11-month reigning show on the poll. KBS 2TV weekend drama ‘The Wang Family’ (‘King’s Family’) landed on the third spot which is more popular among the elderly and housewives.

Infinity Challenge , You who Came From the Stars