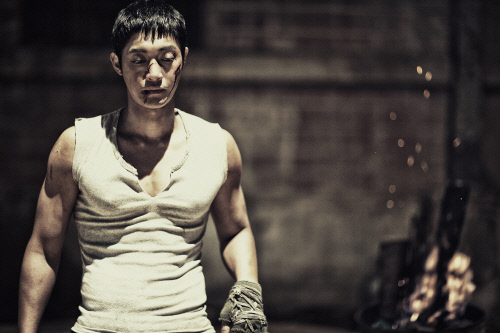 After being surrounded with controversies questioning his acting skills, Kim Hyun is back a Shin Jung Tae, a man whose life has been tested and is forced to fight for the sake of his love ones. In KBS 2TV’s “Age of Feeling,” Kim Hyun Joong’s role requires a more of his acting capabilities.
Maybe a much more expectation will be put on Kim Hyun Joong’s part especially after it was revealed that the drama production cost approximately 1.5 billion won (approx. $14 million). Well, not only Kim Hyun Joong but all of the staff and crew have a lot of things to do to meet expectations. But for Kim Hyun Joong is doing his part as it can be seen on the premier where he displayed his vivid expressions and much improved action scenes.

In the February 20 episode of “Age of Feeling,” Kim Hyun Joong’s lines and expressions as he shed tears to his father (Choi Jae Sung) he’s very angry at is such an achievement. Kim Hyun Joong’s acting improvement and work can also be recognized in his action scenes.