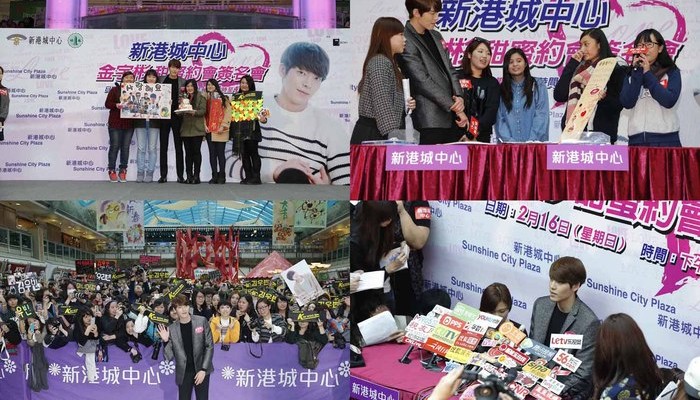 A successful fan meeting marked Kim Woo Bin’s Asia tour in Hong Kong where he met with 1,700 fans on February 16 at the Sunshine City Plaza.
Fans showed their support to the actor as they flooded and welcomed him at the Hong Kong airport. Local mass media also waited for Kim Woo Bin to take pictures, videos and even short interviews.

Kim Woo Bin shared his experience on the hit drama “The Heirs” that will soon end with soaring rating and popularity. Kim Woo Bin also got the chance to blow out the candles on a cake that his fans especially made for him.

Tickets for the event were totally sold five minutes upon announcement during that day, a confirmation of Kim Woo Bin’s stardom. Kim Woo Bin is currently working on his new film “The Technicians.”