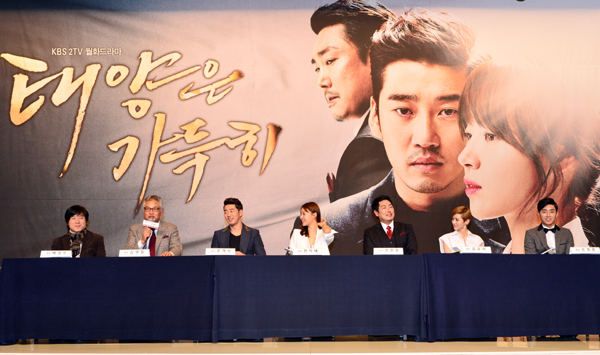 The production and staff as well as the artists of the newest drama “Beyond Clouds” have a lot of assignments and promotions to do as their premiere received low viewership rating.

Upon airing its first episode on January 17, the drama only received 3.7%, a major drop of 2.4% drop from the 6.1% ratings of “Prime Minister and I,” the drama it followed.
This is sad news, though, given that it is shown on a very strategic time slot. “Beyond the Clouds” had tried to be strategic in its opening by airing its first two episodes together, making the second episode improved a little but still sitting at 5.1% rating.

Great expectations are drawn from the drama since it has Yoon Kye Sang and Han Ji Hye as leading characters and it has a very good story line. Maybe it is because the drama started when most of the audience has developed a strong loyalty to the drama they had been watching before.

However, the staff and production is still hoping that the rating will kick back in as the audience get to know the story. The drama is about Jung Se Ro (Yoon Kye Sang), whose father has been murdered after being involved in stealing diamonds in Thailand. Han Young Won (Han Ji Hye) will play an interesting character that remains a mystery about the death of her fiance.

“Beyond Clouds” compete with “Empress Ki” with a very high rating of 26.5%, making it the most viewed drama on that time slot. Second rated is “Kind Words” (“A Word From a Warm Heart“) with 11.2% viewership rating.