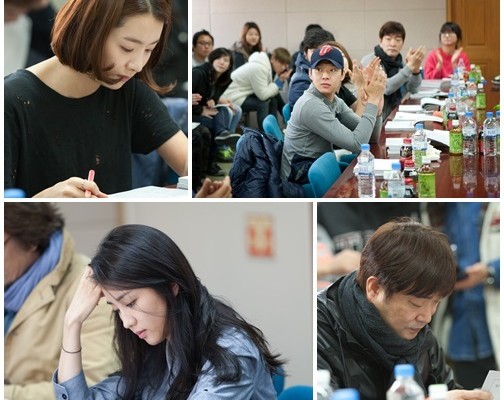 JYJ’s Park Yoo Chun and the entire cast divulged still cuts of SBS’s new drama, Three Days, on December 30. During the script reading, Park Yoo Chun, Son Hyun Joo, Park Ha Sun and many more were present for lifting the expectation of the drama. Three Days, first shooting took place on December 26 and it is scheduled to be release in Feb.
In the meantime, Park Yoo Chun will also be hosting the 2013 SBS Drama Awards on December 31.