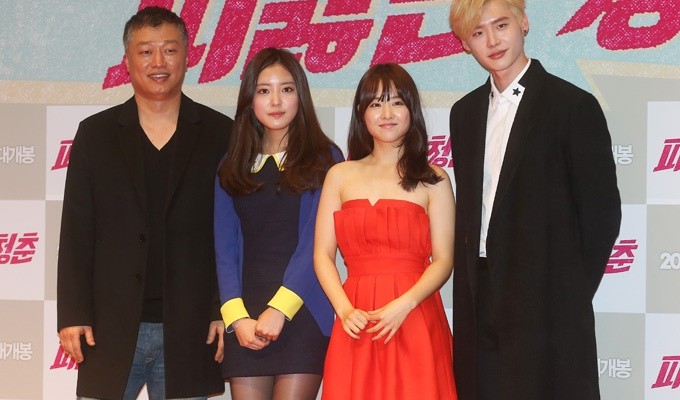 At a press conference for the upcoming Lee Jong Suk and Park Bo Young’s movie, Boil Youth which took place on December 30 at the Lotte Cinema theaters near Konkuk Univeristy; reporters tried to pull the leg of Jong Suk regarding his chemistry issues with his co-star Park Bo Young.

Actor told the reporters that he would like to rate fifty out of hundred for his chemistry with Park Bo Young. But, fascinatingly on the same question Park Bo Young changed the score and said it is eighty out of hundred that had made everyone laugh at the press conference.
Boil Youth, which is scheduled to go for premiere on Jan 23 is a movie based on the school girl gangster portrayed by Park Bo Young and a renowned Casanova by Lee Jong Suk. The other leads of the movie are Seoul based student Lee Se Young and school fighter by Kim Young Kwang.