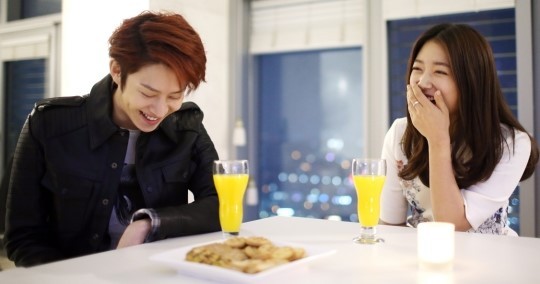 In a photo that Heechul posted on his Instagram, he captured it “Park Shin Hye, with face and heart of an angel.” He added to the caption that Archangel’s Embrace’ suits Park Shin Hye perfectly.
The picture captured the special happy moments between the two, a light feeling that everyone would love to look at. These are just among the pictures that and Park Shin Hye and Heechul posted, a cool thing about their friendship, something that fans and followers seem envious about.
‘Heechul Is Going’ is a celebrity project show where Heechul plays like a reporter/interviewer as he looks at celebrities lives.