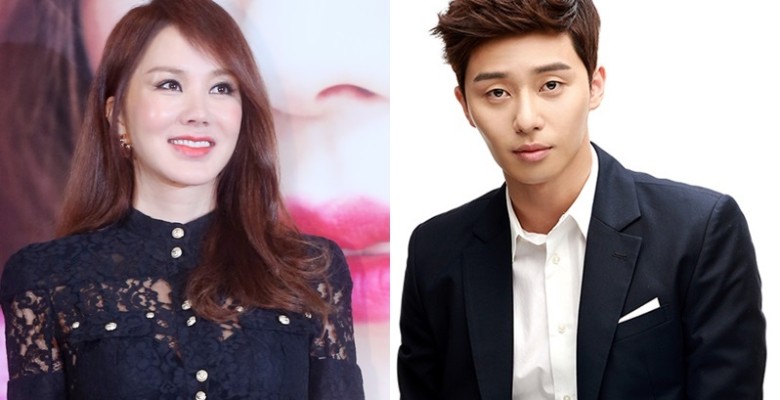 Uhm Jung Hwa and Park Seo Joon are currently in talk with the management as they are planning to do the remake of Taiwan’s “My Queen.” When this happens, the two artist will be the next nuna-dongsaeng (older woman-younger man) couple we will see on TV.
Uhm Jung Hwa and Park Seo Joon are scheduled to appear on the remake with working title “Witch’s Love.”
Although no contracts have been officially signed yet, planning the remake is on its way. Uhm Jung Hwa’s representative said that, “It is not confirmed yet but we are definitely considering the proposal.” Park Seo Joon’s representative commented that, “It is not yet final and we haven’t received the proposal yet. We just in the reviewing part.”

“My Queen” of 2009 is often compared with 2005 MBC drama “My Name is Kim Sam Soon” because if its storyline that revolves around the life of a 33-year-old single career woman who fell in love with a 25-year-old bachelor. Both characters have their own fear because of failed past relationships.

If the negotiation for both parties work well, it will be Uhm Jung Hwa’s drama return since 2009 KBS drama “He Who Can’t Marry.” Meanwhile, Park Seo Joon was in KBS2’s “Dream High 2” and currently in SBS drama “Kind Words.” “Witch’s Love” is expected to air on tvN in April.