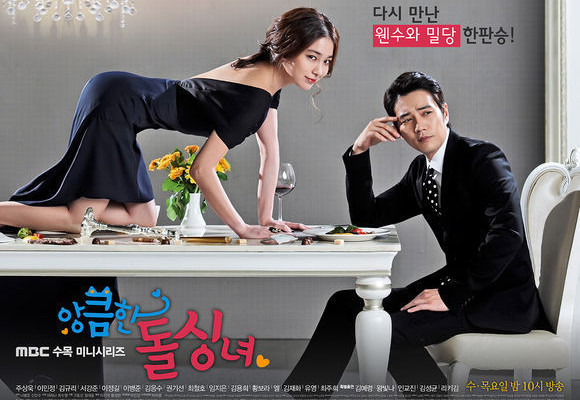 Stills on the coming MBC drama “Cunning Single Lady” are now available. In one of the stills, actress Lee Min Jung who plays the role of Na Ae Ra, a divorcee comes back to the date again. In a still, Lee Min Jung got involved in a drunken fight with some people she caught drinking next to her in bar.
Production staff revealed that the lead actress portrayed the role in a very realistic way and her skill as an actress made a convincing role of a drunken woman in despair. They admitted that they are still surprise with the actress’ acting skills.
“Cunning Single Lady” revolves around the life of a divorcee woman who wants to get back on her ex-husband after discovering that he is doing well after their divorce.