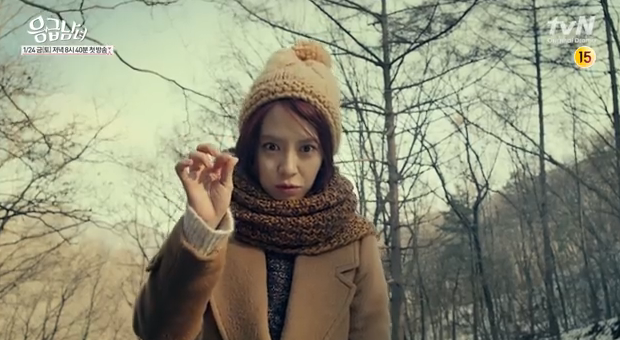 The February 14 episode of the comedic “Emergency couple” made the audience roll into laughter especially on a bathroom scene. The highlight of the hilarious scene is when Oh Jin Hee (Song Ji Hyo) hid in the bathroom of the hospital to avoid her ex mother in law who came to the hospital for a checkup. While hiding, Oh Jin Hee had stomach problems, and tried to hold in a fart. Her struggle showed in her distorted face which made the scene very funny. She was then relieved (and maybe her stomach) at the end of the scene.
The said episode recorded 3.6% viewership ratings according to Nielsen Korea, a high rating indeed!
“Emergency Couple” airs every Friday and Saturday on tvN at 8:40PM.