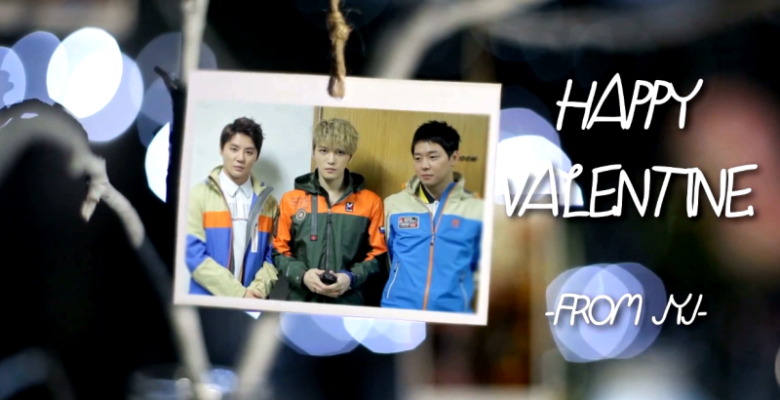 JYJ greeted fans through a video posted on their official YouTube account a day before Valentine’s Day. The group seemed hesitant about the Valentine’s Day celebration in Korea because it has been a while since they joined this celebration.
According to Junsu, traditionally, boys give chocolates to girls on February 14, but according to Yoochun, in Korea, girls give chocolates to boys on February 14 and on March 14 or White Day, boys give girls candy in return.

Jaejoong revealed that they prepared their individual magazine covers for the third edition of the JYJ magazine as tribute to their fans.