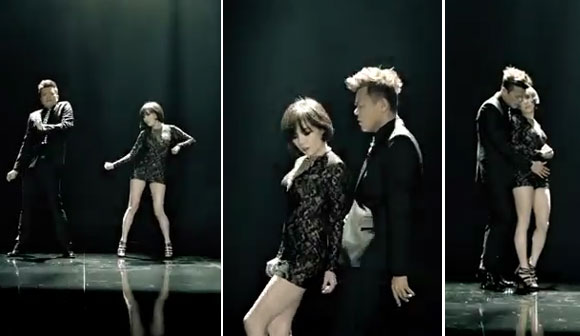 Sometimes false dating rumors really get into people and fans very seriously, that they tend to created tense and awkward situations. Yes, our Brown Eyed Girls’ member Ga In has felt this kind of situation when she attended Park Jin Young’s private wedding.

She was very happy indeed for the newly wed but some people tend to give her happiness another meaning. In an interview last February 11, Ga In told that “I was clapping at Park Jin Young’s wedding and some people thought I was clapping mournfully and was not wishing the newly wed a happy married life. I have always been a fan of Park Jin Young and now I am so happy for him. But people were giving the strange look during the event. I felt awkward like an outsider. Maybe the false rumor about me and Park Jin Young dating caused that situation. Well, we were close as friends and we work together so we sometimes eat together.”

Ga In and Park Jin Young worked together in “Someone Else.”