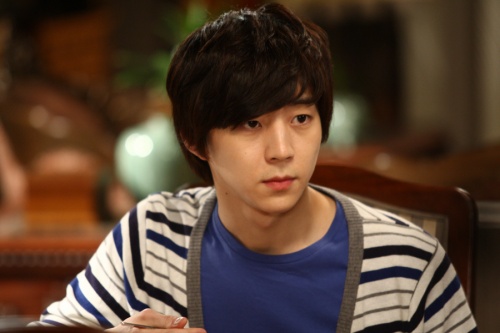 Yes, Park Yoo Hwan who is playing the role of Lee Woo Young, a new employee in TvN’s “I Need Romance 3” has kept his promise to give 1000 new employees a cup of coffee if his cable drama tops a viewership rating of 1%.

During these days when Korean cable shows are facing downtime, a mere 1% of viewership is such a big deal. Well, looks like lots of new employees prayed together with Park Yoo Hwan because “I Need Romance 3’s” February 4 episode exceeded their expectation – reaching the viewership up to 2%.

Park Woo Hwan brought his drama character in distributing a cup of coffee to new employees. While thanking his fans for the higher rating, he also cheers the new employees for having their jobs. He said “I’d like to encourage them to be thankful for their jobs and to love the life they have. My character as a new employee is such a surprise, but being welcomed by these people is such an amazing experience.”

Well, a lot of people, especially the new employees are hoping that “I Need Romance 3” would be a success.