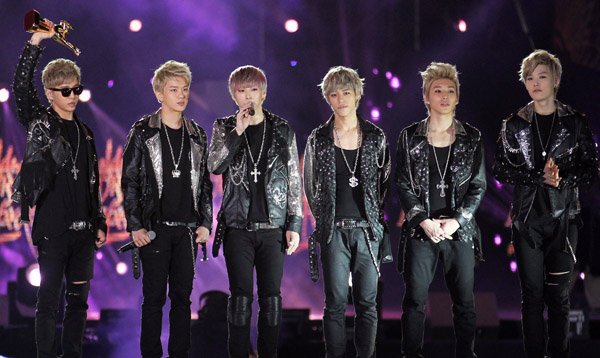 B.A.P is the new dew definition of hip hop dance as their album “First Sensibility” continues to maintain on top of the chart for more than a week now. The six-member boy group also gains popularity in iTunes as their album ranked 40th on the day it was first released. Their song “1004 (Angel)” is among the hottest catchy dance craze songs now, keeping its place on the Korean top music charts.

The patronage that their fans are giving despite of two years gap in their album release is just a proof that people love their music and they are truly missed. As their fans, both locally and internationally are getting more and more excited on their coming albums, B.A.P continues to be thankful to them.

After their official music comeback on February 7’s KBS2TV’s “Music Bank,” B.A.P started to roam around music programs in the county.