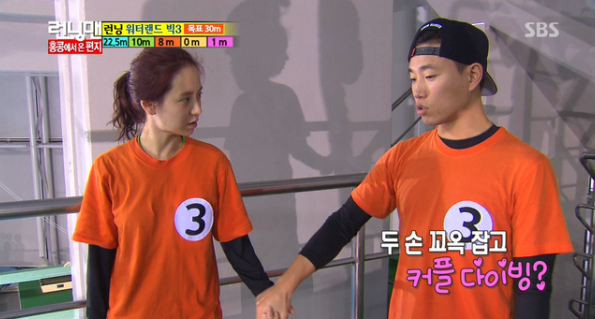 When Kang Gary confessed in public that he had feelings for Song Ji Hyo, both quickly got nicknamed “Monday Couple”. People were really hoping for the relationship to bloom. But it came out that it was only a crush because a relationship between Song Ji Hyo’s and CEO Baek Chang Ju developed in 2012.

Hopes may be rekindled (at least on screen) after a fortuneteller stated the other day on SBS’ “Running Man” that the couple’s a match made in heaven. However, the roles they play on “Emergency Couple” will be about exes.

They saw each other on Monday for the shoot and filming wrapped up late at night. See Gary’s cameo role on February 6.