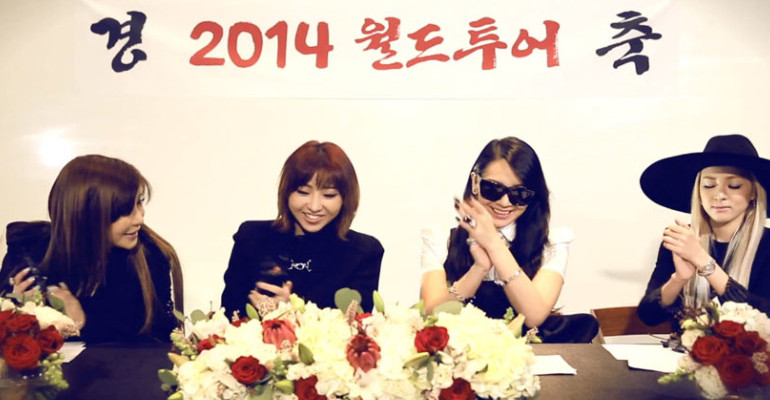 After the grand success of 2NE1’s first world tour held last year, famously known as New Evolution, which was co-operated with many eminent live-events organizations and Live Nations founded its way to be inserted in the world famous Time Magazine’s 2012 best concert list.
This year ignition would be even larger and ample to magnetize people with the 2NE1’s music concert show, to be planned for 2014 at Olympic Parks’ SK Olympic Handball Gymnasium on March 1 and 2 and then further preparation going on to run this show in thirteen cities of nine countries (Korea, Japan, China and many more).
Last year’s awesome 2NE1’s concert has been truly favoring this team even this year as many countries are still requesting to stop in their cities for performance.
For latest update on the world tour of 2NE1, their official Facebook page would be very much helpful.