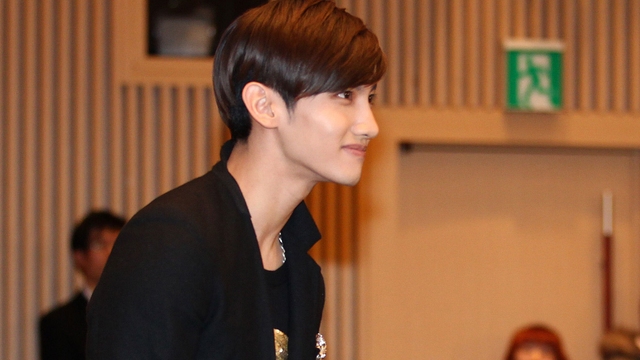 After 10 years of his debut, Changmin could not avoid but to look back on his early years in the industry. When he was asked about his character on Mnet’s cable drama “Mimi,” he eagerly answered that his character is almost like him in real life.
“I play Min Woo, who is almost similar to me in real life. Like 60% similar. Back in my high school days, I did not have the chance to have female friends. If only I could go back to that part of my life, I think I would date as much as I could.” And who would not want to go out with Changmin anyway?

Changnim made fun of his answer but it’s typical of him because he never had the chance to live a normal teenage life because he started in the showbiz industry at the age of 15.

“Mimi” is about a love story between Min Woo (Changnim), a good looking webtoon author, and Mimi (Moon Ga Young) will play a high school student who fell in love to a boy. The drama will air its first episode on February 21, at 11PM (KST).