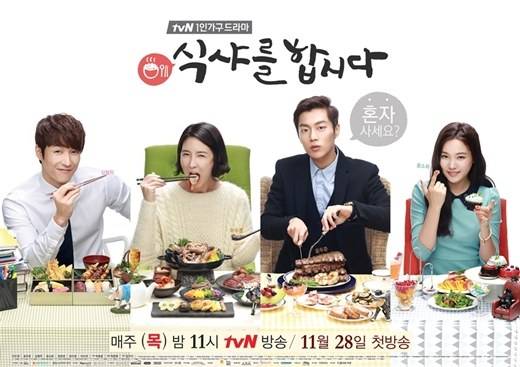 Doojoon – to star for tvN’s newest drama “Let’s Eat” – was asked to describe his ideal type during a recent press conference.

The cast and staff gathered yesterday to discuss the details of the drama about their characters and other interesting information. When the BEAST band member and actor was asked to pick between two female co-stars Lee Soo Kyung and Yoon So Hee, he replied. “Closes to my ideal type is Lee Soo Kyung. She doesn’t cover her face a lot unlike Yoon So Hee.”

He continued, “I get to hear a lot about her because we share the same stylist team and it seems like we have similar personalities. Though she’s older than me, I have great time shooting scenes with her because she’s so lively and thoughtful.”

“Let’s Eat” first episode will be aired on November 28!