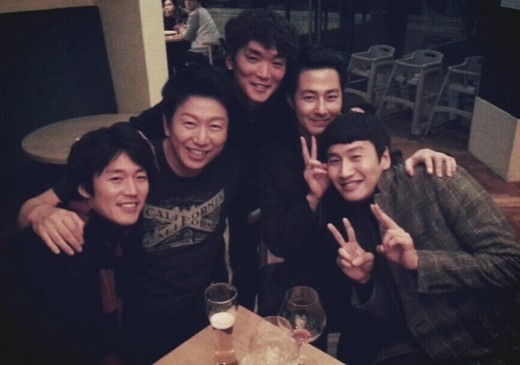 Another talent from one of the members of the indie band, is surfacing. The band’s frontman, Kim Shin Ee is currently playing the role of Michael in the musical “Murder Ballad”

He tweeted a photo on November 20 which was taken during a casual dinner with his friends who are very well-known and have been in the K-Pop world for a while. It included a message expressing his heartfelt thanks to Jang Hyuk, Su Ro, In Sung, and Kwang Soo for a great get-together and a round of beer. He also said that he was a bit nervous having to act in front of his friends who he considers as great actors.

In this picture, the man of the hour is in the middle. Jang Hyuk and Kim Su Ro have on their dazzling smiles while Jo In Sung and Lee Kwang Soo made victory signs.