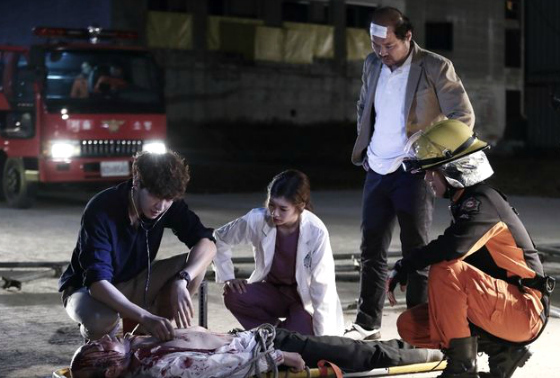 Stills of JTBC’s D-Day are released. Kim Young Kwang and Jung So Min are seen as doctors who are giving service after a disastrous earthquake hits Seoul.

Kim Young Kwang is seen as a rebellious surgeon while Jung So Min is portraying the character of a gentle hearted but strong willed doctor of the orthopaedic surgery department.

D-Day is going to start in September. The show producer told that its shooting started in May because a lot of CGI work is required to make this huge series work. The series is colossal in scale, and despite ‘disaster’ being a common theme in movies, they are hoping that early preparation would reap good results.