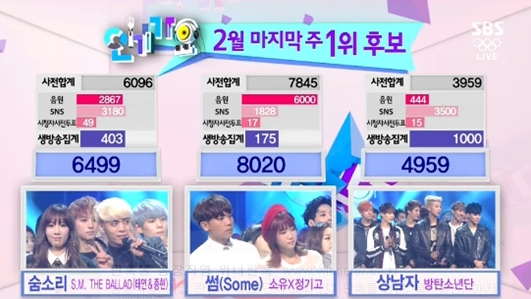 SBS’ Inkigayo returns on February 23 with a breath of fresh air, amazing performances and exciting crowd, and bringing the best of performances for the event.

Several comebacks were featured including Sunmi’s “Full Moon”, BTOB’s “Beep Beep”, Tae Jin Ah’s “Honey, I Like You”, and Boys Republic’s “Video Game.” The highlight of the show is of course the winning of Soyu & JungGiGo with their single “Some.” Nominated performers also include BTS, SM The Ballad (Jonghyun and Taeyeon)