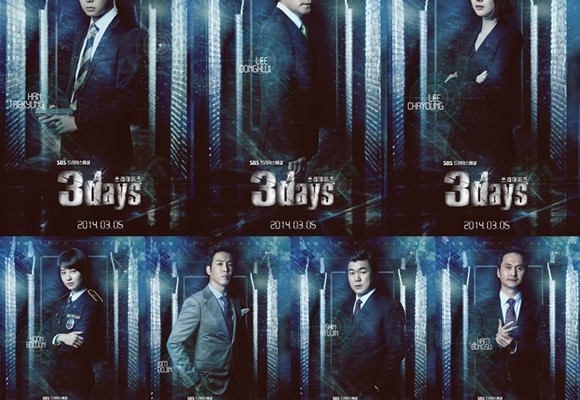 New characters will be loved, hated or adored as SBS released the posters for their upcoming drama “Three Days.” The posters include Park Yoochun, Park Ha Sun, Son Hyun Joo, So Lee Hyun, Yoon Je Moon, Choi Won Young, and Jang Hyun Sung who are actually in character on the posters themselves.
The posters look dark, conveying mix emotions and very strong feelings that audience would feel as they watch. Every character except Park Ha Sun’s, is wearing dark suits, Park Ha Sun, who will play the role of Yoon Bo Won, a policewoman, looks fierce in her police uniform. Posters of Park Ha Sun’s character were also released several days prior to other casts.