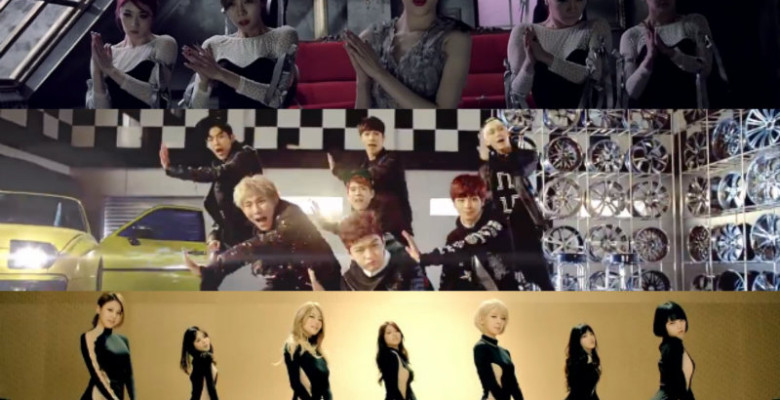 Composer and producer Brave Brothers is still on top of music charts after a successful tandem with Sunmi, BTOB, and AOA.
FNC Entertainment’s AOA performed their newest hip hop single “Miniskirt” with Brave Brothers, winning the AOA its first music show ever on “Inkigayo.” Another artist JYP Entertainment’s Sunmi also worked with Brave Brothers on her latest single “Full Moon,” also topping several music charts on the day of its launching.
And lastly, Brave Brothers also produced BTOB’s latest track, “Beep Beep.” The single has hip hop beat and energetic melody, a great recall for listeners who voted it to its number one slot in Hanteo’s real time chart. The single also ranked as top three on major online real-time charts such as Bugs and Soribada.
Maybe it’s not the artists and audience themselves that bring the artists and their songs to the top, but more likely because of the luck that Brave Brothers give to every artist they work with.
A representative revealed how hard working the Brave Brothers is saying, “He is working hard each day, never stop, never gets tired, always composing. And on top of this, he is also working on new albums of his own groups, Brave Girls and Big Star.”