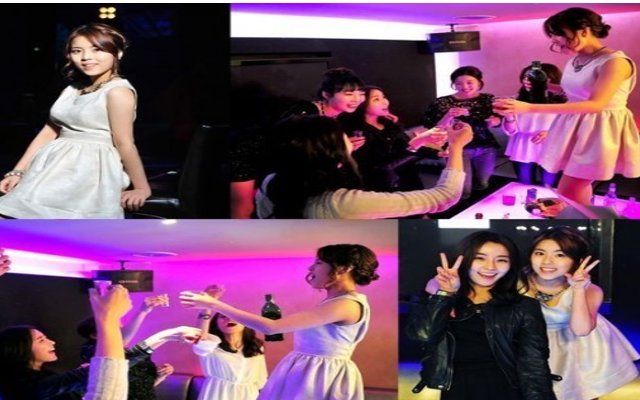 The March upcoming drama “Mother’s Garden” is currently filming but stills on the future cameos are already out. One of the cameos in line is Tiny-G‘s Dohee who was captured having fun during the filming of her cameo.

On the photos taken on February 4 at a Gangnam club, Dohee looked like saying cheers to everybody and celebrating while standing on top of a table holding her drink up. Dohee is about to make a cameo in the drama Seo Yoon Joo’s (Jung Yoo Mi) friend, but this time, she will not be speaking in Busan accent like what she did in her role of Yoon Jin on “Reply 1994.”