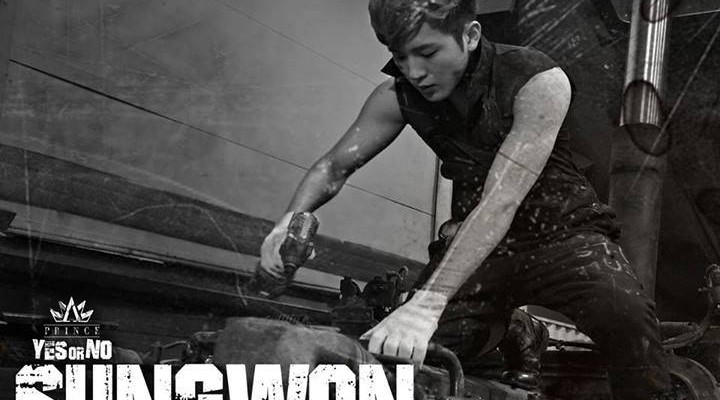 After teaser images for Minhyuk, Woobin and Sungjoon has been revealed previously, A-PRINCE has yet released another teaser image. This time, it’s with Sungwon.

In the image revealed, Sungwon seems to be seriously working on some sort of machine or an engine wearing a seemingly dark colored sleeveless top, working gloves and cargo pants while holding a device which what seems to be a drill. This is somewhat similar to the previously revealed mechanic-themed teaser images all monochromatic with grunge overlay. Based on the teaser images, the group make their comeback with a manlier motif rather than their usual prince concept.

Their last live performance “A-PRINCE” show wrapped up 2013 and will comeback with their digital single “Yes or No” real soon.

A-PRINCE , Sungwon , Yes or No