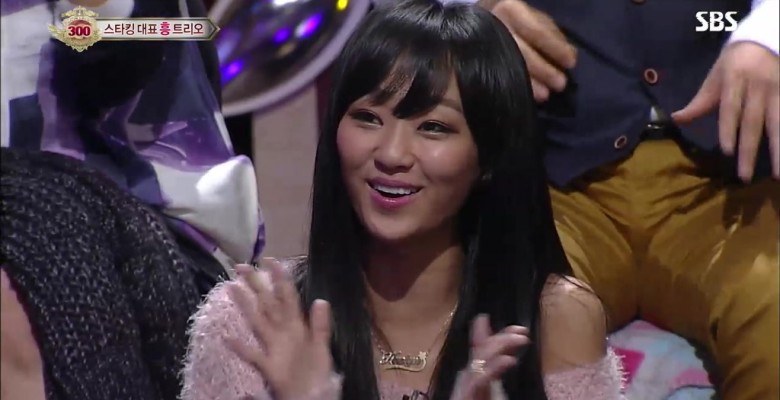 On the show of Mnet’s Beatles Code 3D, SISTAR’s Hyolyn said she is scared of plastic Surgery. The show also features, Tae Jin Ah and Lee Jung as visitor. During the show, Hyolyn showed her rapping skills and made everyone to enjoy via Yoon Mirae’s popular song Memories.

During show, MC Shin Dong Yeop admired her for such rapping skills and also said he likes her pretty face. Later on MC requested not goes further with plastic surgery.
Then regarding his question she told that she is comfortable with IV needles but she is really frightened when something comes on her face.

Immediately, after his answer, Hyolyn said that she had just fixed her eye lids. But when she came out of the operation theater, she was worried because of her cuts on the lids.