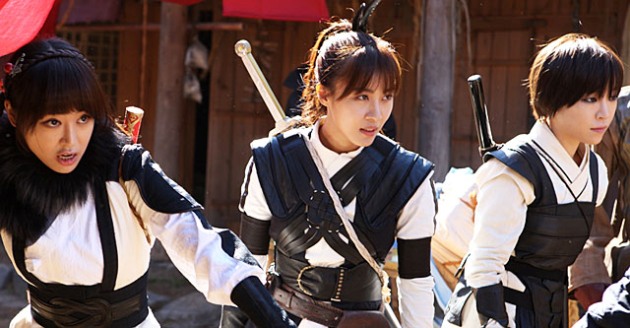 According to the still cuts of The Huntresses’ magnate’s Ha Ji Won, Kang Yea Won and Brown Eyed Girls’ Gain will be seen in sexy bounty hunters of Joseon dynasty. Movie which is set to be release on Jan is story based on these bounty hunters who can do anything to kill the wanted criminals for remuneration.

As a leader of the group Ha Ji Won, who was previously, appreciated for her actions scenes in various dramas could lead her to do this movie more challenging and chances to show her potentiality.

Another lead, Kang Yea Won is a married woman in the movie goes for this risky and adventurous task to assists her economically impoverished family. Gain’s role is like little fickle who do different tasks without thinking it for a once.