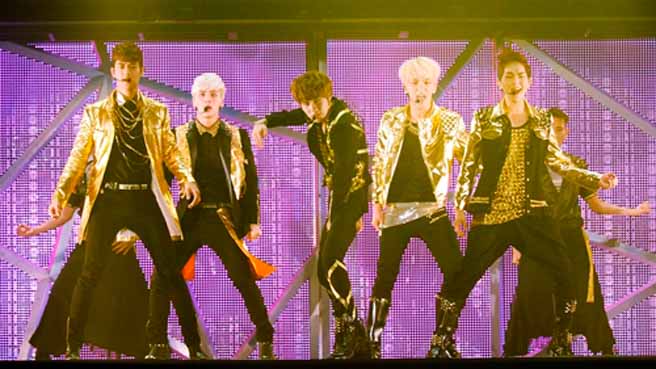 SHINee’s finale concert in Tokyo (December 24-25, 2013) was even more blasting and superb which includes thirty songs (including track from its 1st and second Japanese Albums) and Japanese singles.

SHINee’s team knew to tantalized Japanese fan very well and they dressed-up like Santas to performed for the first time Japanese version of ‘Everybody’ and ‘Dazzling Girl’. This act gathered huge cheer up from the Japanese audience.

SHINee’s added as response for the Japanese fans, that they are very much happy to know their music lovers in Japan. Because of the SHINee’s last concert in Tokyo, it added that members were much nervous but later on applauded with such giant public attention.

SHINee will remain very busy at this final time of this year for attending several music award ceremonies.