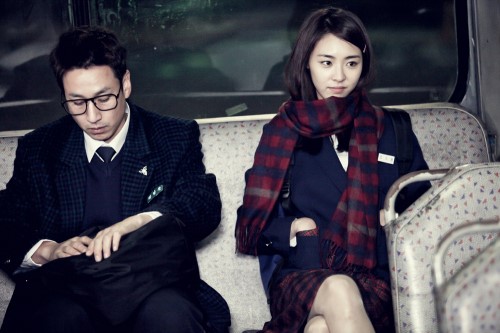 Miss Korea’ Lee Sun Kyun and Lee Yeon Hee’s nice bus date picture was released. MBC new Wednesday/Thursday drama ‘Miss Korea’ set up in 1997 and reveals employees of a perfume company and the story of them of how they made a renowned high school student to a Miss Korea. Suh Sook Hyang who wrote ‘Pasta’ managed the script and producer Kwon Suk Jang directed ‘Golden Time’.

Lee Sun Kyun and Lee Yeon Hee’s bus date scene picture of them as adults in 1997 taking on 10 years ago and providing a feeling of that of 1987. In the released scene, the good student Kim Hyung Joon (enacted by Lee Sun Kyun) looked next to a popular girl who looked a bit cranky and looked at problem set shyly. Their countered actions made every one laugh. This is a warm drama that would warm up winter and boost their confidence. MBC Wednesday/Thursday drama ‘Miss Korea’ will be telecasted of Medical Top Team on 18th December at 10 P.M.