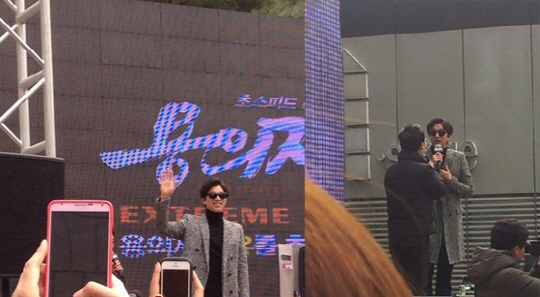 Gong Yoo interacted with his fans during the promotional event titled EXTREME RUN for his new movie, The Suspect on 5th December, at the M-stage near Gangnam station, Seoul.

The Suspect, an action movie is all about ‘Ji Dong Chul’ (played by Gong Yoo) who is at the back of the guy who killed his family. The movie is expected to premier on 24th December.