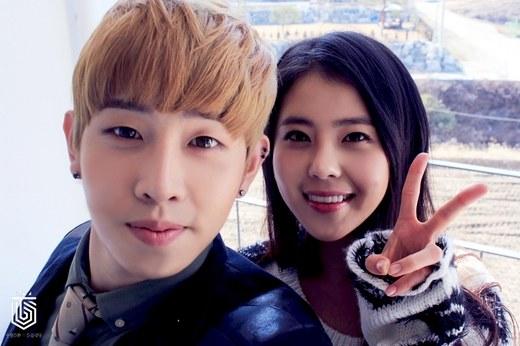 Rookie male group Topp Dogg is all set to make a comeback, and to enhance the excitement of their fans, they have announced the actress for their future music video.

The group has announced to release their new song titled “Cigarette”, and on 5th December, the identity of the female actress who would be starring in their upcoming music video. A photograph of main vocal Seogoong and park Seo Yeon, the beautiful actress, was uploaded on the group’s Twitter, and both were seen posing in a friendly way at the music video shoot. Park Seo Yeon became popular some time ago with her interpretation of the ‘Gwiyomi Player’, the song that poses a challenge to act and talk as cute as possible. The concept was introduced by “Park Seo Yeon” and the Topp Dogg team enjoyed the love line in the music video. The song is produced by member Gohn and singer-songwriter Deez, which aptly suits neo soul and R&B. In a modern way, it tells about one’s feelings when one has a longing after a girlfriend or a boyfriend.