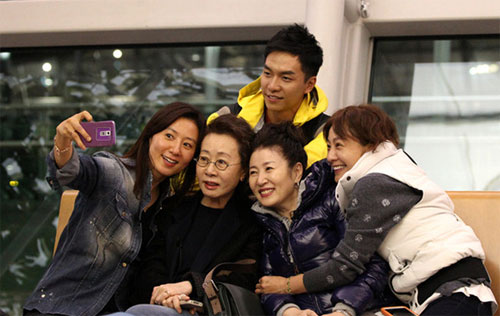 Hot Off The Press! Nunas Over Flowers has finally confirmed that its pilot episode is set to air on November 29! The much-awaited show will take over the 10 PM (KST) timeslot. This was originally the slot for “Perfect Singer VS,” and is right after the most popular drama show of the season, “Reply 1994,” which is steadily gaining more loyal viewers.

“Nunas Over Flowers” is directed by Na Young Seok PD, and will be featuring some of Korea’s premiere actresses: Yoon Yeo Jung, Kim Ja Ok, Kim Hee Ae and Lee Mi Yeon while backpacking in Croatia. Lee Seung Ki will play the role of their guide and luggage carrier.

tvN insiders has also revealed this information to the public media such as Star News, causing heightened excitement among future viewers. In the meantime, read Na PD’s comparison between Lee Seung Ki and Lee Seo Jin for the baggage boy role as well as a sneak peek photo of the “Nunas Over Flowers” cast.